You are here: Home / Blogs / On the Occasion of My 54th Birthday 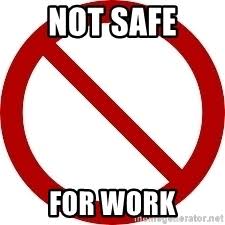 At first there were cavemen who could make use of fire and invented graffiti on their cave walls. Much credit has been given to the size of their brain that led them to evolve over the other Jurassic animals of their era, but of course it was their opposable thumbs. In their tool belts they carried a stick and a rock (what else was there, maybe a bone?), and these useful accessories also made them fashionable at dinner back when the menu choice was simple: either your species ate meat or it did not. Food was served bloody red and hot, or leafy green and cold. Communication was limited. A grunt around the open fire could have meant, “Thanks for this feast to the almighty provider of life, lightning, and floods,” but more likely that grunt really meant, “Are you going to eat that? The entrails are the tastiest part, and they’ll help you grow up fast and strong.”

Eventually grunts, snorts, sneezes, and wheezes were given meaning and language was born. Vowels were added and cave writing became hieroglyphics. OK, not exactly, but the era of the multi-god evolved. The Sun God rode a golden chariot across the sky making good use of the newly invented wheel. Of course gold—one of the heaviest metals on Earth—would make excellent material for cosmic, flying, radiating aircraft parts. And the harvest needed a God, and death needed a God, and the earliest definition of ‘God’ became the magical being in charge of a force we could not yet understand. Of course the best God was the benevolent bestower of fertility, and to this day many of us still sometimes chant Oh God Oh God Oh God while we are trying to procreate, or practice for it. Or maybe not.

Eventually some of life’s great mysteries were solved, and then we didn’t need most of those Gods anymore. Lunar Theory washed the Tidal God away, and only a washing-machine soap remains in his name and honor. And who needs a Fertility God when the brightest among us can build a baby in a tiny test tube, or clone a sheep? Just imagine the evolutionary leap of creating new, crying, needful beings without the joyous ritual of sex?

The world evolved and Gods became just One God for all the remaining unsolved mysteries, like: why do good people still lose one sock in the dryer? Or, who really still wants to learn how to play a harp anymore? But the best part of One God Theory is that everyone thinks that his or her God—handed down from parent to child at an impressionable and vulnerable age through indoctrination—is better than everyone else’s God. This allows for bickering at the highest political and religious levels and warfare is perpetuated. War is good for the economy, just like wine is good for the heart, and milk is good for the bones (I mean, of course let’s ignore all the negative side effects and only focus on the one positive thing we can find to support our habits).

Someday, if the world continues evolving (and there’s no guarantee that it will, in fact if I could live forever I’d bet against it just to hedge), future people will look upon our time on this planet as the primitive Single Deity Era. Now is when Thor and Apollo and Aphrodite and Ganesh have all been merged into one cloud-throned old man of many names: God, Allah, Jehovah, and sometimes my favorite: Spiritual-But-Not-Religious. From a future era where mysteries are challenged by science, and people actually take responsibility for their own actions and offer real help instead of prayers to those around them—and all this is done without the promise of a harp position in the pearly-gate marching band—that’s the era when I should have been born.Nevertheless, I struggle to make the best of life while I still can in the time of the One God upon which I was created 54 years ago, but also within an era when I’ve always felt that I don’t really fit in. The Fertility God is long gone, and I failed my biological imperative to procreate anyway. It’s just me in this big house with three domestic felines. Dad, my brother, and I make a giant triangle across the map of the United States: Massachusetts, Colorado, and my relatively new home in Florida. Also, I don’t see this world through a religious or political doctrine like most people I meet, and I don’t have the ambition to force others to see my lack of religion or politics (and let’s face it, they’re tangled together like prom dates after the spiked punch is gone) my way. 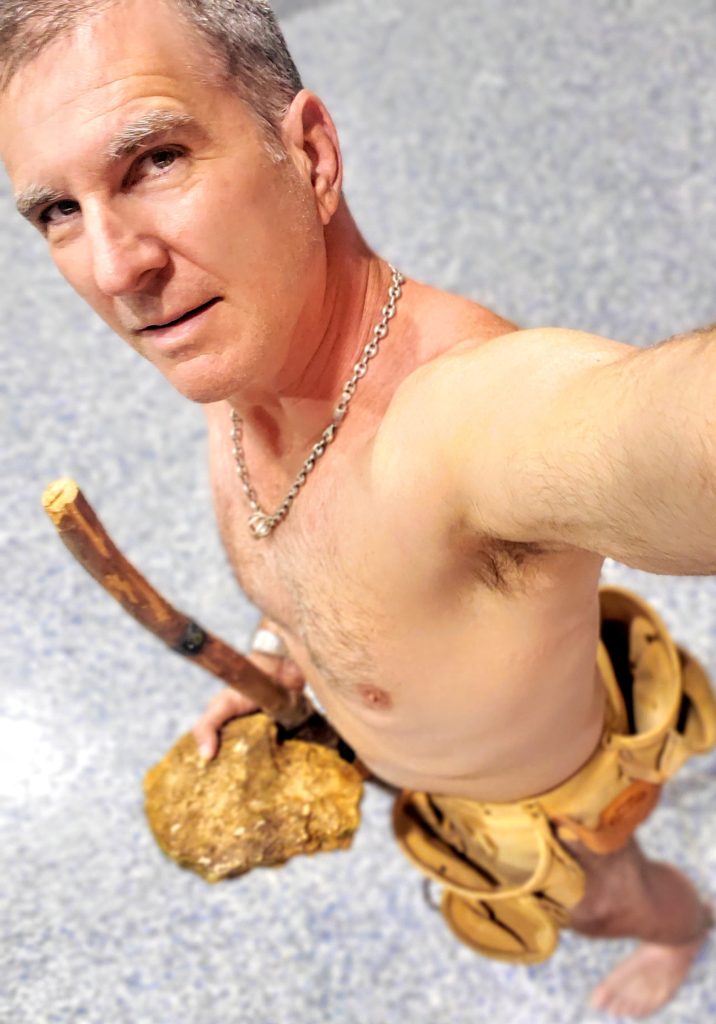 I’m here, and I just am, and maybe I’m perpetually looking for someone special to share a few things with along the way around and around the formerly golden sun chariot (we’re so smart we collectively know our planet circles around it now). Twice I’ve attempted a lifetime commitment that both ended badly: the untimely death of Susanne onboard TWA Flight 800, and the gradual lack of interest from Alison—still a close friend, but maybe not so happy with me after reading this. (At least I get to say that my remaining Ex lives in Texas, and that sounds cool, even though there’s already a song by that name, so it’s actually cliché, so there’s that.) So I guess I deliberately spread myself thin, and share brief special moments with far-away friends whenever and wherever I can. You are all scattered around this planet that I have completely circled once, and have wandered around since adolescence, and this week so many of you just wished me happy birthday and reminded me how to smile.

We can’t choose what era we’re born into; we can only choose to make the best of it, and try to share the experience with people who somehow touch our lives. If my continued travels in high-speed aluminum tubes doesn’t bring me your way soon enough, you can find me in my man-cave hangar that’s decorated with acrylic cave drawings while I’m wearing my stick-pencil, rock-hammer, and bone-chisel adorned tool belt prepping for an annual party to thank all of you for at least becoming an important piece of my life, even if we see this experience on Earth differently. My supermarket no longer carries entrails, so hopefully we have already grown up fast and strong, and are resisting continued growth and bulge in the wrong dimensions. I know I still want to feel healthy in my birthday suit, even though it takes more work every year. Hope to see you soon, November 2ndespecially at my annual thanks for sharing this world with me party—both carnivores and herbivores are always welcome.