You are here: Home / Current Events and Updates 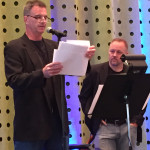 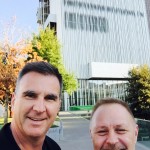 October 2nd, 2015 –  Reading my essay “On the 20th Floor” at the ON MY OWN TIME award ceremony at the Dallas AT&T Performing Arts Center with Cleveland Brown performing the infused lyrics. (click here for video)

Seth Harwood asked me to host his CrimeWAV podcast for a few months while he puts some time into Daddy Duty and develops his next novel. Also, my Story “Shopping Mall Survivor” appears in the September 2013 episode.

So Stories is a monthly story-telling venue hosted by Teya King at Urban Eats in St. Louis. Teya invited me to speak at he inaugural event in early March, 2013.

Performed by Mark L Berry with introduction by Teya King

My short story “Bike = Freedom’ was just published on 4’33” – The Audio Magazine.
It’s podcast # 64 at: http://www.fourthirtythree.com

Podcast by TC Elliott from FAWMstock 2012 Music Writer’s Gathering in Dodgeville, WI including an interview with Alison Leston and myself describing my experience collaborating with FAWMers (musicians) for the companion songs to my audiobook Pushing Leaves Towards the Sun. (This podcast is 32 minutes long. Interview appears at 13:20)

Click here for Nikki Dwyer’s beautiful review of my writing and 7/11/2012 audiobook launch.

Pushing Leaves Towards the Sun releases as a FREE audiobook on 7/11/2012 on Podiobooks.com and iTunes > Podcasts.

Airways magazine has added me to the masthead as a Contributing Editor as of the May 2012 issue.

I graduated. Master of Fine Arts in Creative Writing from Fairfield University
January 2012.

Here’s a Stag Spotlight about my low residency MFA experience at Fairfield:

Here’s a video of me reading three poems at “Poetry, Prose, and Pints” at Dressel’s Pub on May 5th, 2009. The poems are:
Where
Sounds of Flight
The Veteran 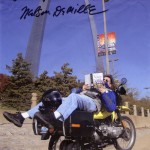 Feb 24th 2009 Radio Interview on “The U” with Travelin T.
Videos and Audio on my PRESS RELEASES page.

Billy and Lindy are back from Pushing Leaves Towards the Sun and life two years later has a way of developing 11 more original songs.