You are here: Home / The Music Artists Page / Lori Citro 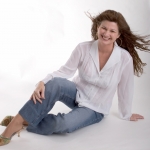 I met Lori online during February Album Writing Month (FAWM.org). Her vocals and keyboards are amazing.

She accepted my challenge to write the music and record A Secret Between you and Me that is the companion song to my story “Meet Neil–He’s Not Real” published in Rogue magazine’s issue 2 in 2010.

Some of her musical accolades include: